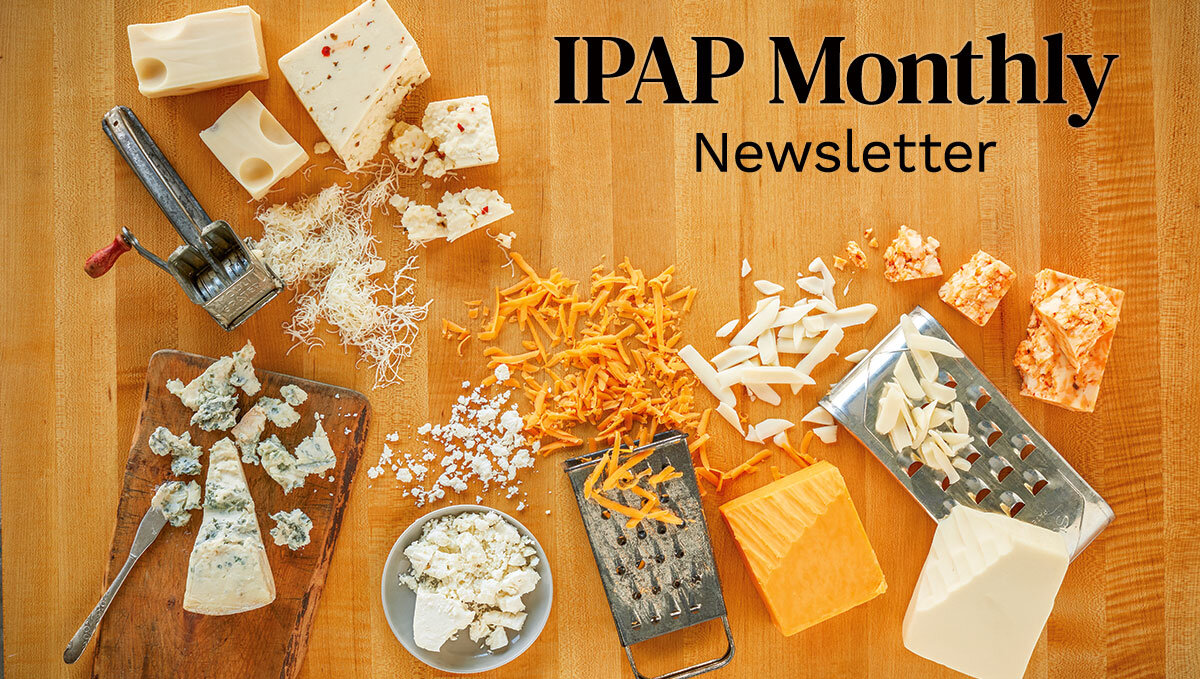 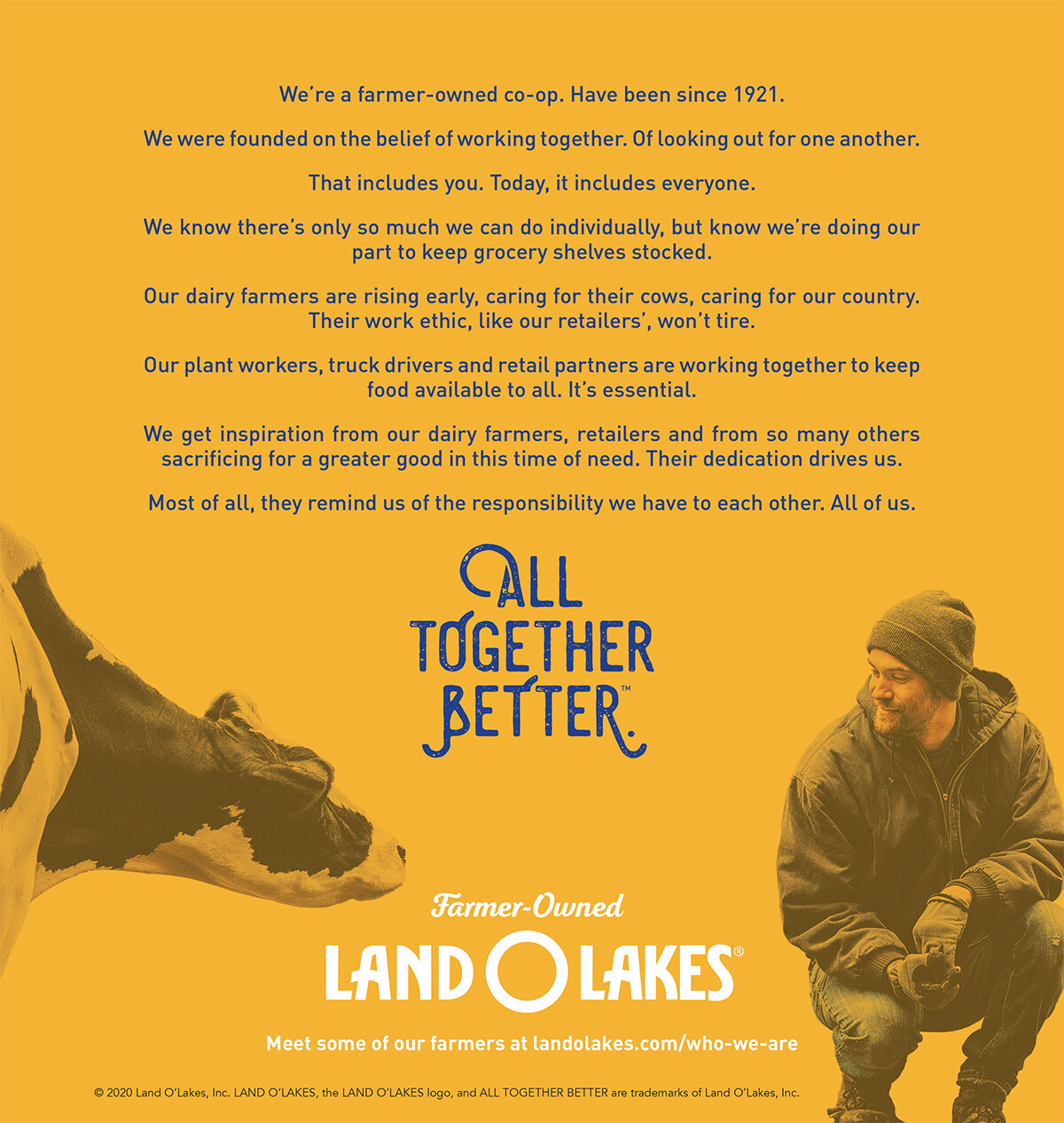 Land O’Lakes recognizes the work of the nation’s farmers and food supply chain workers is critically important, especially during this time. Click here to meet some of Land O’Lakes’ resilient dairy farmers. 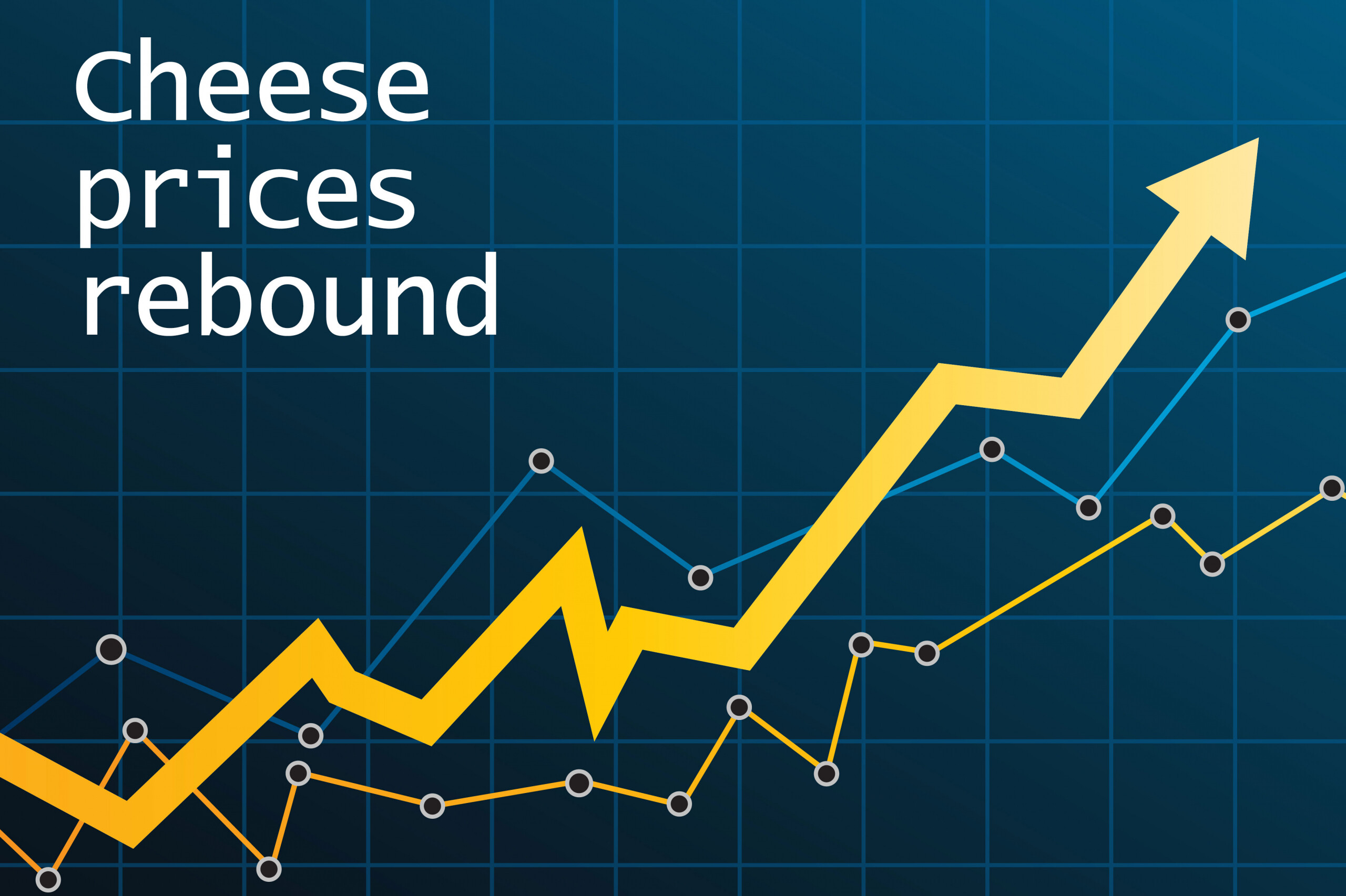 After a series of painful weeks, the U.S. dairy markets are rebounding. About five weeks ago, weekly average prices for cheese barrels and 40-pound blocks bottomed out at lows not seen since 2003. Then last week, the weekly average prices shot up by about 30 cents per pound, an unusually large leap. This week prices continued to rise, approaching $2 per pound – amounts last reached in January for cheese blocks and late 2019 for barrels. What is happening?

For starters, food service demand is picking up again as restaurants let customers back into the dining rooms. By the end of this week, all 50 states will have begun reopening in some form. Over 60% of states are already allowing on-site dining in at least some parts of the state. Restaurants decreased their kitchen inventories in March and April because the pivot to takeout was less profitable. Now restaurants are restocking on items like cheese and milk in anticipation of business picking up. Midwestern cheese manufacturers are responding by upping their output.

However, the food service industry’s recovery will be gradual, not sudden. Distancing requirements will reduce seating capacity in establishments for the near future. Over half of consumers expect the pandemic to affect their dining-out behaviors for more than four months, according to a study by Technomic. A full recovery to 2019 levels of consumer spending in food service is unlikely until mid- to late-2022. On the bright side, consumer spending rose by 4% last week, an indication it’s moving in the right direction.

A second reason for the cheese price increases is the U.S. Department of Agriculture has begun buying $100 million per month in dairy products from distributors. This undertaking is part of the federal government’s $3 billion Farmers to Families Food Box program that falls under the Families First Coronavirus Response Act. Dairy products, fresh produce and meat will be packed in commodity boxes and sent to food banks and community organizations that are working to feed Americans during the pandemic. So far, IPAP has processed orders for 100 truckloads worth of product to be sent to food banks.

The Dairy Market Analyst estimates the USDA is buying around 3.3% of U.S. milk supplies, a number significant enough to move market pricing. One question now will be how effectively the Farmers to Families Food Box program is executed. Politico reports some companies awarded multi-million-dollar government contracts to fill the boxes are not part of the food supply chain. They include an event-marketing agency and a company that sells hand sanitizers and beauty products. If it turns out contracted companies lack the resources to complete their assignments, then the program could see delays. (Distributors can find the USDA’s solicitations for food here.)

A third factor affecting cheese prices is a decrease in milk supply. With better supply management, and reopened restaurants and the government buying milk, farmers are finding a home for the milk they recently were dumping down the drain. While this is far from a recovery for farmers, it offers them a small win they could use right now, and an upswing for them will reverberate through the supply chain.

Want weekly updates on the cheese and butter markets? IPAP updates its Market Recap with the USDA’s latest figures here every Friday.

Are you a master of all things cheese and dairy?

Test your knowledge here. Answers appear below the Dairy Dive.

1. Approximately what percentage of milk is comprised of water?

2. Which of these Hispanic cheeses is produced using the pasta filata technique?

A) Punting a 40-pound cheese block

C) Spitballing fresh mozzarella at a bullseye while blindfolded

4. Which component of cheese is responsible for lowering the moisture content and preventing over-ripening?

5. The Cheshire Mammoth Cheese, a 1,200-pound cheese created using the milk of every cow in a Massachusetts town, was presented as a gift to whom? 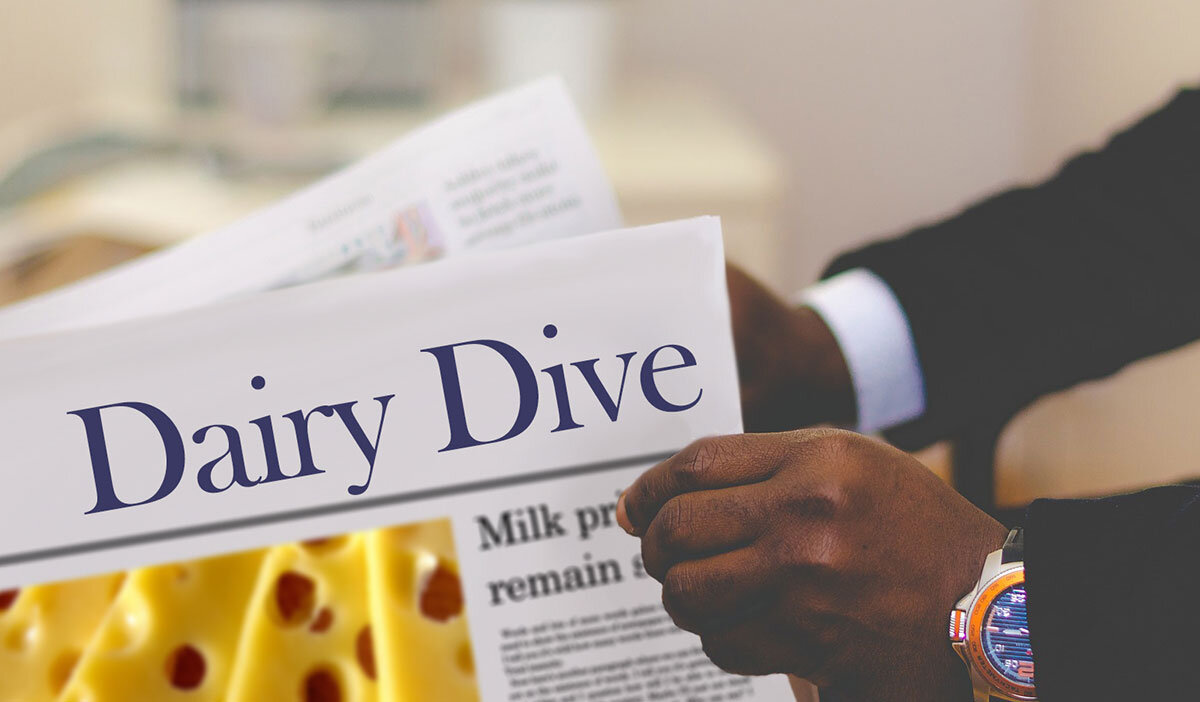 Recent headlines about cheese, milk and dairy from around the web.

1. Approximately what percentage of milk is comprised of water?

2. Which of these Hispanic cheeses is produced using the pasta filata technique?

4. Which component of cheese is responsible for lowering the moisture content and preventing over-ripening?

5. The Cheshire Mammoth Cheese, a 1,200-pound cheese created using the milk of every cow in a Massachusetts town, was presented as a gift to whom?